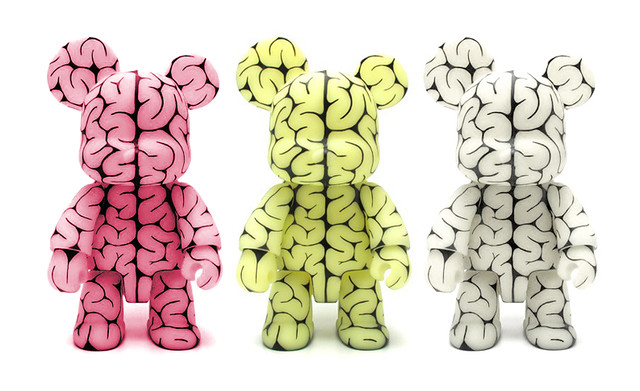 Toy2R is pleased to announce the development of two highly 'active' Brain Pattern Qee Bears by Emilio Garcia. As seen during SDCC, Toy2R will be releasing variants of the highly popular Brain Pattern Qee, released last year. The editions both glow in the dark and will be available in the classic GID form and the newly 'Active' White edition.

Both versions will be limited to production and are scheduled to make their debut during the Emilio Garcia exhibit taking place in September at Toy Art Gallery in Los Angeles (as well as other major surprises to be announced soon). Stay tuned to TAG and Toy2R USA for more developments.